All around me, hordes of people are fighting their way to Oxford Street; to pop-up ice rinks; faux French/German/Lapp log-cabin markets – all part of the Winter Wonderland that is the capital three weeks before Christmas.  But I’m here for something quite different and far more egg-citing – the first of my Golden Egg workshops. 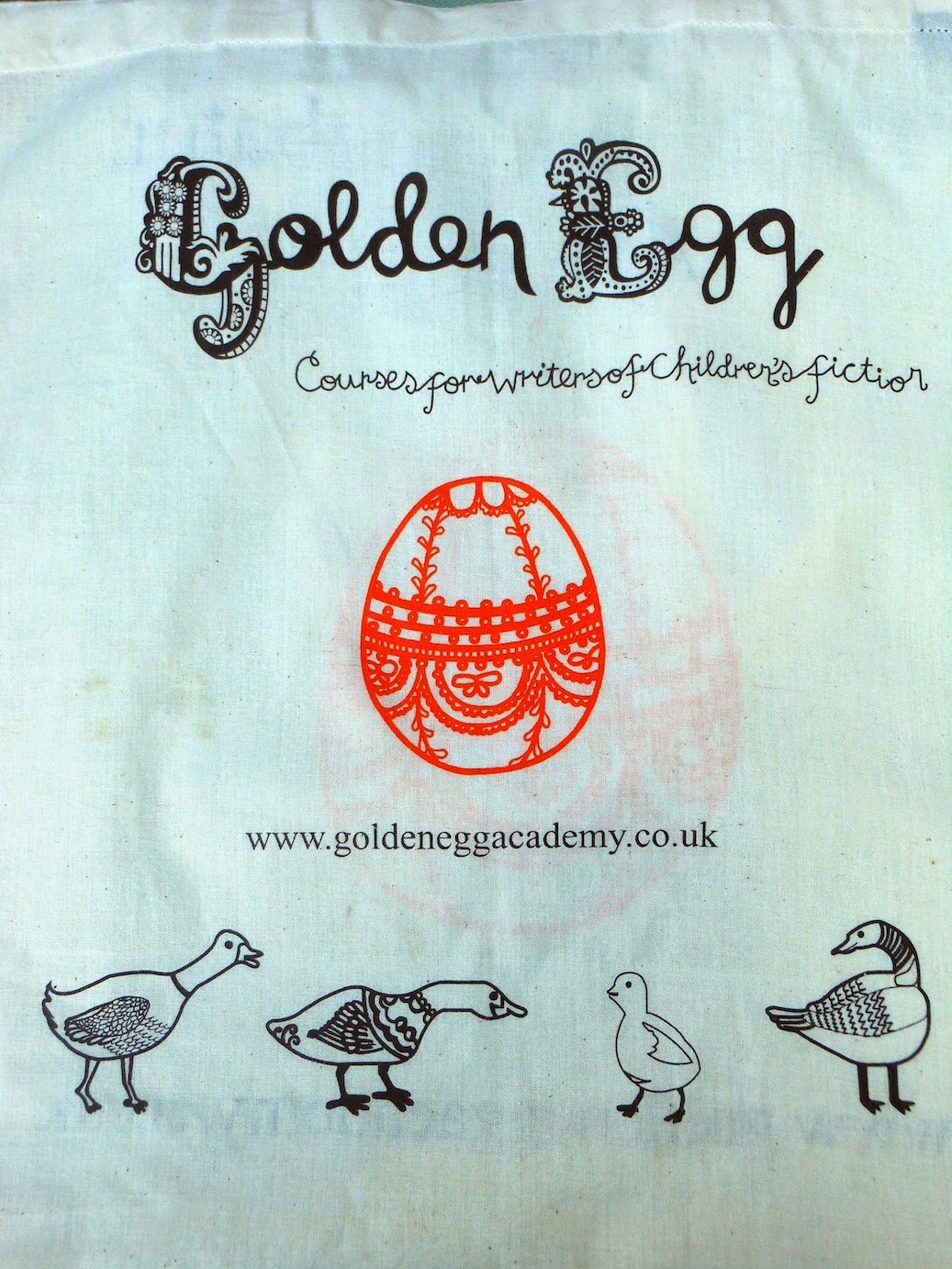 And yes, it is exciting.  Energising. Nerve-wracking.  Stimulating.  Confidence-boosting, as well – to be told that only one in four are successful in their applications.  And it is different - unlike any course I’ve been on before.  But why?   What gave it that feeling of being special, making me believe that by the end of it my writing dreams may actually come true?

Firstly, I think it was because what we were told came from the ‘other side’ -  the side of the editors, publishers and agents.  ‘Golden Egg’ is led by Imogen Cooper, former head of fiction at Chicken House publishing, with whom they work closely.   Imogen was our main tutor on Saturday.

And she described the ‘Egg’ process as a ‘foot in the door’, or a window on the industry.  How many of us have sent off a manuscript to have it returned, with the words ‘you write well, but…’?  It’s that ‘but’ the Academy is going to work on with you, because they will look at your book with an editor’s eye, they will drive your ‘good writing’ to publishable quality.
I’m not going to go into how this is done – there’s plenty of information on their website, www.goldeneggacademy.co.uk.   And it was stressed by Imogen that it’s not going to be easy -  ‘You will be pushed!’  Five re-writes are not unheard of!  But there will be support – for both your work and you.  Because that is another difference about this course – it doesn’t end on the day – far from it.  There are more workshops, one-to-one sessions with your assigned editor, social gatherings, communal tweets, mentoring.  A ‘buddy’!  I have become part of a community!

And the purpose of all this is to get to know you.  It is the team’s belief that an editor should know their author – the author and his/her novel.  This is the essence of it all – just as finding the heart of one’s story is crucial for the writer.  ‘Essence’, ‘heart’, ‘centre’ – all key words in the process.

So… I’ve been assigned my editor (Dr. Vanessa Harbour, Senior Lecturer at Winchester university).  We’ve been given our first task – to provide a detailed overview of the novel, so that our editors will have so much more than the usual ‘first couple of chapters and a synopsis’ to go on.  My ‘buddy’, Emma, has already emailed me.  I’ve got my ‘Golden Egg’ bag.  And I’m ready to go.

So watch this space!
Posted by Diana Powell Writer at 15:19 1 comment: